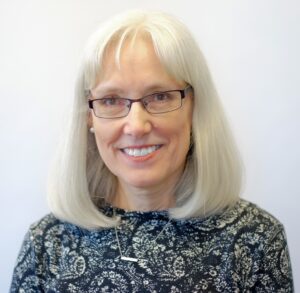 Carol Saller’s books include The Subversive Copy Editor and several books for children. A career copyeditor at the University of Chicago Press, she now serves on the board of advisors to The Chicago Manual of Style and writes for the manual’s Shop Talk blog. In the past, she was a senior editor of children’s books for Front Street/Cricket Books.

To help writers understand the writer-editor relationship and prepare their manuscripts for submission, Carol has given keynotes, sessions, and workshops at national, regional, and local conferences, serving as faculty at Novelists Inc., Midwest Writers Workshop, and the Willamette Writers Conference. She frequently guest lectures for the University of Chicago Graham School’s publishing program and has appeared on Chicago’s PBS news program Chicago Tonight as well as at writers’ events, bookstores, panels, webinars, and workshops on writing, editing, and publishing.

Carol’s young adult historical novel Eddie’s War was named a Best Book of the Year by Bankstreet and Kirkus Reviews, and a Best of the Best Fiction for Teens by the Chicago Public Library. Her picture book The Bridge Dancers received the Carl Sandburg Award for Children’s Literature. George Washington Carver was a NCSS/CBC Notable, and Pug, Slug, and Doug the Thug was a main feature on PBS Storytime television. The Subversive Copy Editor was Publishers Weekly Online’s starred “Pick of the Week.”