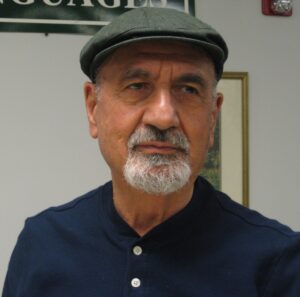 ​Mahmoud Saeed was born in 1939 in the city of Mosul, Iraq. His literary debut was in 1956 with the short story “The Ominous Gun,” published in the Al-Fata newspaper in Iraq. He has since written more than 20 novels and short stories and won several literary awards in Iraq and Egypt. Since 1999 Mr. Saeed has lived in Chicago. He has contributed numerous articles to Arabic literary magazines and newspapers and to Al Jadid magazine published in Engish. In 2010 he was one of several writers profiled in a New Yorker article on the contemporary Arab novel. Several of his novels have been translated into English, including Saddam City, The World Through the Eyes of Angels and Ben Barka Lane.