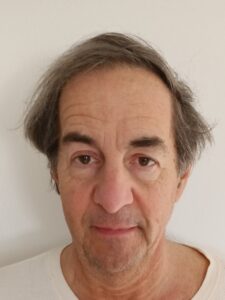 Gerry Plecki currently serves as SMA president. He received his Ph.D. from the University of Illinois at Urbana-Champaign in 1979 and was awarded an NEH Post-Doctoral Fellowship at New York University. He has written articles on music and film criticism. His previous books were Robert Altman, which was an authoritative analysis of the director’s films, and Singing in the Rain: The Definitive Story of Woodstock at Fifty, which was published in July 2019. His latest book, Test Positive: Surviving COVID-19 in the Reign of Trump, was published on October 17, 2020.