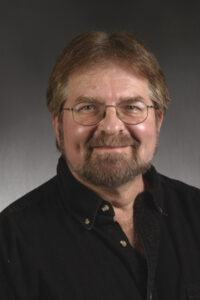 James Plath has a broad background as a writer, editor, teacher, and scholar. He has published poetry, short fiction, creative non-fiction, reviews, celebrity interviews, and literary criticism. As a film critic who posts over 300 reviews per year, he is also a member of the Online Film Critics Society. His involvement in the literary scene is just as broad. He’s served on the literature panel of the Illinois Arts Council and Indiana Arts Commission, he directed the Hemingway Days Writers’ Workshop & Conference in Key West for ten years, he’s served as a contest judge for both poetry and fiction, and he published the award-winning Clockwatch Review (a journal of the arts) for 16 years. A former Fulbright teaching scholar at the University of the West Indies in Barbados, Plath is a frequent speaker and occasional keynoter at writers conferences, schools, and universities. He is currently Professor of English and chair of the English Department at Illinois Wesleyan University, as well as the managing editor of DVDTown.com.

“Giving the Devil His Due: Leeching and Edification of Spirit in The Scarlet Letter and The Witches of Eastwick.” John Updike and Religion: The Sense of the Sacred and the Motions of Grace. Ed. James O. Yerkes. Grand Rapids, Mich.: William B. Eerdmans Publishing Co., 1999. 208-27.

“Standing in the Reception Line at the Wedding of My Ex-Wife” [poem]. Men of Our Time: An Anthology of Male Poetry in Contemporary America. Ed. Fred Moramarco and Al Zolynas. Athens: Univ. of Georgia Press, 1992. 322-323.