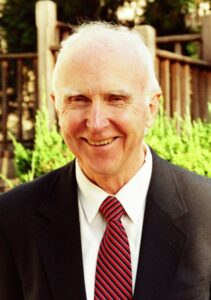 People often fail to realize that the effects of a war, particularly for those on the losing side, do not end when the peace treaty is signed. Gunter Nitsch’s book Weeds Like Us vividly describes for readers of all ages the hardships faced by civilians — especially women and children — in the aftermath of war. Written more like a page-turning adventure story than a memoir, and told from a child’s point of view, Weeds Like Us gives the reader a chance to share in the hardships the author’s family endured and to meet the strong-willed adults whose faith and courage in the face of overwhelming odds held his family together. (A German-language translation of Weeds Like Us with the title Eine lange Flucht aus Ostpreussen was published by the Ellert & Richter Verlag in Hamburg in 2011 and is available at www.amazon.de.) STRETCH: Coming of Age in Post-War Germany, brings the author’s story forward over the next thirteen eventful years. Coming straight from a refugee camp to his new home in West Germany, with less than four years of formal education, the author, like millions of his fellow refugees, faced the challenge of making up for lost time and adapting to unfamiliar surroundings and customs while living in the shadow of the country’s recent Nazi past.Although both of these books deal with the displacement of the people living in the eastern German provinces following WWII, it is hoped that they will lead to a greater understanding of all of the families worldwide who have faced and are now facing a similar plight. Gunter Nitsch was born in Koenigsberg, East Prussia, in December 1937. By the time he was reunited with his father at the age of 13, he had lived in Nazi Germany, Soviet Russia, and in both the Soviet-Occupied Zone and the British-Occupied Zone in Germany. He arrived in the United States in 1964, later obtaining a bachelor’s degree from Hunter College and an MBA from Pace University. For the majority of his professional life, he worked as a marketing consultant to American and German firms at the German American Chamber of Commerce, followed by eight years at Bayerische Vereinsbank AG in New York City. Since his retirement, he has devoted his time to writing. He and his wife live in Chicago.