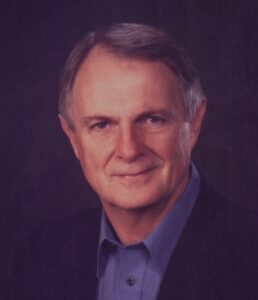 Milton Nieuwsma (born Sept. 5, 1941) is a two-time Emmy Award-winning documentary writer and producer and the author of Kinderlager, an account of three young concentration camp survivors which has been acclaimed as one of the top 10 books written on the Holocaust.

Nieuwsma was born in Sioux Falls, S.Dak., the son of a Dutch Reformed minister. In 1945, after World War II, his family moved to Bellflower, Calif. At the age of 5, he met Corrie ten Boom, a Dutch-born concentration camp survivor and author of The Hiding Place whose family had hidden Jews in their Netherlands home during the war. Ten Boom was a guest at the Nieuwsma parsonage in Bellflower. In a 2001 interview, Nieuwsma recalled “sitting on (ten Boom’s) lap…listening to her talk and wondering to myself, ‘who is this woman.’ She reminded me of my grandmother.” Ten Boom inspired him to learn more about the Holocaust.

Nieuwsma started his writing career as a reporter for the Holland (Mich.) Evening Sentinel while in high school. After graduating with an English degree from Hope College in 1963, he worked as a public information officer at Wayne State University in Detroit and hosted a weekly radio program, “The Fifth Freedom,” on WQRS-FM, a Detroit fine arts station. He also wrote programs for a public television series, “Our America,” which later was canceled for lack of funding.

In 1969 Nieuwsma began a series of public relations and fund-raising jobs that took him away from his first love, writing, for the next decade. In the late 1970s he began contributing historical features and travel articles to the Chicago Tribune. In 1978 Nieuwsma received a master’s degree in literature and communication at the University of Illinois-Springfield. A year later he became a vice president of Grant Hospital in Chicago and continued to write for the Chicago Tribune.

In 1990 he took an administrative position at New Brunswick Seminary in New Brunswick, N.J. and taught journalism at Rutgers University. While in New Brunswick, Nieuwsma met Tova Friedman, believed to be the youngest survivor of Auschwitz, which inspired him to write Kinderlager (published 1998). Friedman is one of three children – all Auschwitz survivors – featured in the book. In 2001 Kinderlager was selected by the Hogere Europese Beroepen Opleiding (Institute for Higher European Studies) in The Hague as one of the top 10 books written on the Holocaust.

In 2005 the book was reissued under the title Surviving Auschwitz: Children of the Shoah as a companion book to a PBS documentary of the same name, which Nieuwsma wrote and co-produced. Released in 2005, the film received an Emmy Award from the Michigan chapter of the National Academy of Television Arts and Sciences for best historical documentary. The film also won a First Place Gold Camera Award at the International Film and Video Festival in Los Angeles. Nieuwsma won a second Emmy in 2006 for writing and co-producing “Defying Hitler,” a documentary about a Jewish fighter in the Polish Resistance.

Since 1997 Nieuwsma has lived in Holland, Mich., where he continues to write. In 2001 he co-founded the Amicus Group, a consulting firm. He and his wife, Marilee, have three children, Jonathan, Greg and Elizabeth, and two grandchildren.