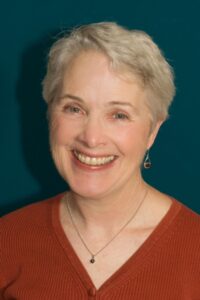 Barbara Miner is the author of the recently released book Lessons from the Heartland: A Turbulent Half-Century of Public Education in an Iconic American City (New York: New Press, 2013). The book is the winner of the Studs and Ida Terkel Prize, given annually by New Press to celebrate authors “who share Studs Terkel’s commitment to exploring aspects of America that are underrepresented by mainstream media.”

In March 2013, Miner was presented the “Eunice Z. Edgar Lifetime Achievement Award”, by the ACLU of Wisconsin, for “her tireless fight in support of public schools.” In May, she received the “2013 Education Advocacy Award” from Marquette University’s College of Education for her contributions “to the betterment of the Milwaukee educational landscape.”

Miner has been a reporter, writer and editor for almost 40 years, for publications ranging from the New York Times to the Milwaukee Journal.  The former managing editor of Rethinking Schools, Miner has co-edited numerous books on education, including the ground-breaking Rethinking Columbus. Her two daughters graduated from the Milwaukee Public Schools.

Miner has a BA in journalism, a Masters in English Literature and an Associate Degree in photography. In 2008 she received a Mary L. Nohl Fellowship, which led to a 60-page photo essay on North Avenue, beginning at the lakefront in Milwaukee and ending 16 miles later in Pewaukee.