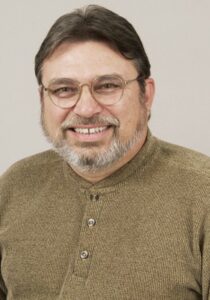 He is the author of two books of poetry, Running the Voodoo Down, which won a book award from Elixir Press in 2003 and When the Stars Go Dark, which became part of Main Street Rag’s Select Poetry Series in 2009. He has also written a memoir of the Vietnam War entitled A Temporary Sort of Peace (Indiana Historical Society Press, 2007) that won the Eric Hoffer Award for Legacy Nonfiction and The End of an Era, a nonfiction account of life in the American counter-culture during the 1960’s and 1970’s, published in 2011 by Ink Brush Press.

McGarrah has been nominated for a Pushcart Prize and a finalist twice in the James Hearst Poetry Contest. He is editor, along with Tom Watson, of Home Again: Essays and Memoirs from Indiana. Any of McGarrah’s books may be ordered from your local bookstore or purchased on line at Amazon. Barnes & Noble, or Powell’s Books.