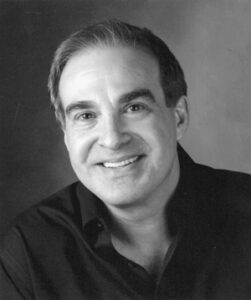 Charles Masters is an award winning author and Chicago attorney.

Chucks’ book, Glidermen of Neptune: The American D-Day Glider Attack, was a premium gift for contributors to the United Cerebral Palsy Telethon. The book was also a featured selection in both the Military Book Club and the Aviator’s Guild Book Club.

A recognized authority on World War II, Chuck has given talks on D-Day and World War II in both the United States and Canada. Chuck was asked to be an adviser and invited to be the keynote speaker on the highly acclaimed History Channel World War II program, “Silent Wing Warriors” which was based on his book. Chuck’s appearance on WBEZ radio to commemorate the 60th anniversary of D-Day led to a Peabody Award Nomination.

At the invitation of the American Association of University Women, Chuck was the keynote speaker for the 1st Annual Jane Addams Day Celebration to commemorate her receipt as the first American woman to be awarded the Nobel Peace Prize. The standing room only audience was comprised of Fulbright Fellows, guests and dignitaries.

A member and officer of the Society of Midland Authors, Chuck’s original interest in World War II came from his father who was a gliderman in the 82nd Airborne Division, and attacked Normandy on D-Day in a combat glider.