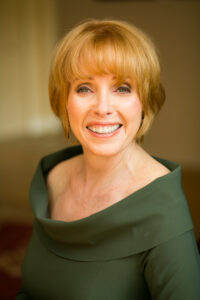 Rita Dragonette is a writer who, after spending nearly thirty years telling the stories of others as an award-winning public relations executive, has returned to her original creative path. The Fourteenth of September, her debut novel from She Writes Press, is based upon her personal experiences on campus during the Vietnam War. It has received the Beverly Hills Book Award for Women’s Fiction (2018), National Indie Excellence Awards for New Fiction (finalist 2019) and Best Cover Design (finalist 2019), American Book Fest Fiction Awards for Literary Fiction (finalist 2018) and Best Cover Design (finalist 2018) and the Hollywood Book Festival (honorable mention 2018, general fiction). She is currently at work on three other books: an homage to The Sun Also Rises about expats chasing their last dream in San Miguel de Allende, a World War II novel based upon her interest in the impact of war on and through women, and a memoir in essays. She lives and writes in Chicago, where she also hosts literary salons to showcase authors and their new books to avid readers.