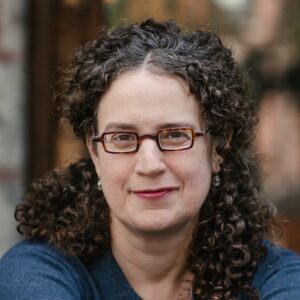 Deborah Cohen is the Richard W. Leopold Professor of History and Chair of the History Department at Northwestern.  Her interests run the methodological gamut, from social science-inspired comparative history to biography.  In addition to Last Call at the Hotel Imperial:  The Reporters Who Took on a World at War (Random House, 2022), she’s the author of The War Come Home: Disabled Veterans in Britain and Germany, 1914-1939 (2001), Household Gods:  The British and their Possessions (2006), and Family Secrets:  Shame and Privacy in Modern Britain (2013).  Her books have been awarded the Forkosch, Sharlin and Stansky prizes, and she’s held fellowships from the Mellon Foundation, the National Humanities Center, the Cullman Center at the New York Public Library, the ACLS, the Botstiber Foundation, and the John Simon Guggenheim Memorial Foundation. Cohen writes regularly for the Atlantic on subjects ranging from war photography to punk rock.
Back to Author Members