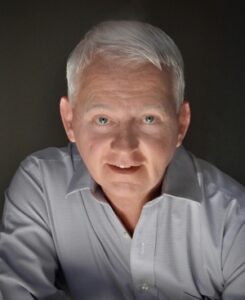 Michael Craft is the author of 14 published novels, including the highly acclaimed Mark Manning mystery series, three installments of which were honored as finalists for Lambda Literary Awards: Name Games (2000), Boy Toy (2001), and Hot Spot (2002). His first novel, Rehearsing (1993), was honored by the Society of Midland Authors as a finalist for its 1994 Adult Fiction Award.

His latest title, Inside Dumont, is a “novel in stories,” a collection of stand-alone narratives that, taken together, tell a book-length story with the scope of a novel. Michael grew up in Illinois and spent his middle years in Wisconsin, which inspired the fictitious small-town setting of Dumont.

He holds an MFA in creative writing from Antioch University, Los Angeles, and now resides in Rancho Mirage, California. Visit the author’s website at www.michaelcraft.com.