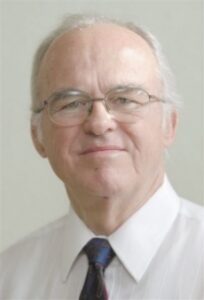 See www.jimbowman.com for information about Jim Bowman as writer of corporate history – researching and writing in consultation with company leadership and using company archives, outside collections, Internet searches, and interviews with major characters in a company’s story.

About Jim Bowman: A former Chicago Tribune history columnist and former Chicago Daily News reporter, for 21 years he has been a writer of business history. Most recently he collaborated with retired banker C. Paul Johnson in Good Guys Finish First: Reflections of a CEO and How to Start a De Novo Community Bank.

His work includes book-length histories of Booz, Allen & Hamilton, CFS Continental, Rush-Presbyterian-St. Luke’s Medical Center, and Safety-Kleen. For each he dug into archives and outside documents and interviewed people from chairman to shipping clerk for what makes a company or institution unique.

He is available to do the same for your company in book, article, brochure, or however you want to memorialize your company, inspire employees, or stimulate business.

Since January, 2004, he has done a monthly column for Wednesday Journal of Oak Park & River Forest (Illinois). Recent columns

His Weblogs, or Blogs:

Chicago History — Blasts from the past, drawing on Bowman’s “The Way We Were” columns in the Chicago Tribune Sunday Magazine in the early 1980s

1982-85. For the Tribune Sunday Magazine, “The Way We Were,” a column on Chicago history using Tribune clips and Chicago Historical Society, Newberry Library, and Art Institute of Chicago files.