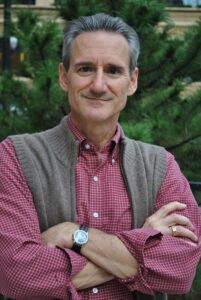 Greg Borzo is an award-winning journalist who has worked for Modern Railroads, Momentum Magazine, Traffic World Weekly, the Field Museum, the American Medical Association and the University of Chicago. Born in Chicago, Borzo has written several books about The Windy City, including Chicago’s Fabulous Fountains, Chicago’s Cable Cars, Where to Bike Chicago, The Chicago “L” and Lost Restaurants of Chicago.

Borzo earned a Bachelor’s Degree in Anthropology at Grinnell College and a Master’s Degree from the Medill School of Journalism at Northwestern University. He has won several awards, including Grinnell College’s Alumni Award, two Peter Lisagor Awards (one of Chicago’s top journalism honors) and four Golden and Silver Trumpets from the Publicity Club of Chicago.

Borzo gives talks and tours about fountains, cable cars, biking, the “L” and the World’s Columbian Exposition for the Chicago History Museum, Chicago Cycling Club, Forgotten Chicago, Biketropolis, and other organizations. He lives in the South Loop to best enjoy all the art and architecture, music and museums, history and mystery that our beautiful city has to offer.