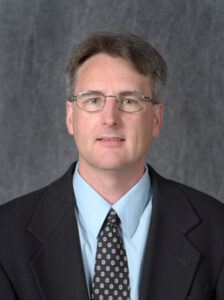 Ray E. Boomhower is senior editor of the Indiana Historical Society’s quarterly popular history magazine Traces of Indiana and Midwestern History. Boomhower has been with the Society since 1987, beginning work for the statewide, nonprofit organization as its public relations coordinator.

A native of Mishawaka, Indiana, Boomhower graduated from Indiana University in 1982 with degrees in journalism and political science. He received his master’s degree in U.S. history from Indiana University, Indianapolis, in 1995. Before joining the Society staff, he worked in public relations for the Indiana State Museum and as a reporter for two Indiana daily newspapers, the Rensselaer Republican and the Anderson Herald.