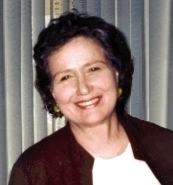 The relationships among neuroscience, religious experience, theology, and complexity studies.

Growing in the Image of God
This book discusses spiritual growth in light of neuroscience and complexity studies.
by Carol Rausch Albright
Monograph
Ottawa, Ontario
Novalis, 2002
Purchase from Amazon.com or order directly from the publisher.

Where God Lives in the Human Brain
by James B. Ashbrook and Carol Rausch Albright
Naperville, Illinois
Sourcebooks, 2001
(re-publication of The Humanizing Brain)
Purchase from Amazon.com

The Humanizing Brain: Where Religion and Neuroscience Meet
by James B. Ashbrook and Carol Rausch Albright
Cleveland, Ohio
Pilgrim Press, 1997
Purchase from Amazon.com

“Neuroscience in Pursuit of the Holy: Mysticism, the Brain, and Ultimate Reality.” Zygon: Journal of Religion and Science 36 (September 2001): 485-92.

“Complexity and the Image of God.” Currents in Theology and Mission. 2001.

“Neuroscience, Religion, and Embodiment.” The Bulletin of the Park Ridge Center for the Study of Health, Faith, and Ethics. 2001.

“The ‘God Module’ and the Complexifying Brain.” Zygon: Journal of Religion and Science 35 (December 2000).

“Growing in the Image of God provides a lucid and readable outline of [Albright’s] perceptive and challenging thought. Definitely recommended!” ESSSAT News (The European Society for the Study of Science and Theology), April 2003

“NeuroTheology is an excellent, comprehensive, scholarly text. . . . Some of the best, most daring minds in the science of religious experience have chapters included in this book, including Newberg, Persinger, Alper, Albright, d’Aquili, Bruce MacLennan, and Fraser Watts ….an excellent, comprehensive text which deserves a place on the bookshelf of any serious scientist.” —Gabriel Beck, Amazon.com

On September 17, 2001, The New Yorker devoted an entire page to a discussion of Where God Lives in the Human Brain, as part of a longer article entitled “God and the Brain” by Jerome Groopman. Groopman criticized the work as not scientific enough, but in May 2002, the journal of the San Francisco Medical Society took issue with Groopman, arguing that Albright and Ashbrook dealt with issues of human experience that are not quantifiable.

Zygon also published three review articles of Beginning with the End under the title “What Shall We Make of Wolfhart Pannenberg?” (March 1999).

The Humanizing Brain was the subject of a cover story in The Christian Century (January 1999) and a one-page discussion in Utne Reader, and was reviewed in several other U.S. and two European periodicals. In addition, three review articles of the book were published in Zygon, March 1999, as a section entitled “What Shall We Make of the Human Brain?”

Married to John R. Albright, a professor of physics and leader in the religion and science dialogue. Sons Philip Gorski and Peter Gorski (with Saul Gorski, 1935-1983); five grandsons.

Albright’s early work with campus ministry involved considerable theological training but led nowhere careerwise, because no such career path existed for women at that time. During the extended final illness of her first husband, and then as a single parent, Albright wrote encyclopedia articles for five years and a newsletter for physicians for ten years, learning considerable science and medicine along the way. She also edited college textbooks, especially in psychology and business. Savvy in publishing led to work advising theological faculties on how to get their work finished and into print.

Albright’s backgrounds in religion and science came together in work as executive editor of Zygon: Journal of Religion and Science. In 1991 she married physicist John R. Albright, who is also active in the science-and-religion dialogue, and together the two Albrights ran programs for the John Templeton Foundation and the Center for Theology and the Natural Sciences, attended dozens of conferences, heard a great many lectures and delivered a few, and became well acquainted within this community of scholars. In fact, she organized a good many of these conferences herself.

Background in medicine and psychology, gained from previous writing and editing, helped lead to her research specialization in neuroscience and religion. As far as she knows-and somewhat to her chagrin–she is the first U.S. Lutheran woman to publish a book of constructive theology (Ashbrook & Albright,) The Humanizing Brain, 1997). This book has been required reading in courses at a variety of colleges and universities, including Columbia University, The University of Vermont, St. Louis University, and Ouchita Baptist University. The University of Santa Clara offers a course
“Religion and Modernity,” covering Descartes, Nietsche, Freud, Jung, and Ashbrook & Albright. A similar course was taught at Georgetown University.)

Where God Lives in the Human Brain and The Humanizing Brain: Where Religion and Neuroscience Meet, both co-authored with the late James B. Ashbrook, are actually the same text published under two different titles. The first-named, published by Sourcebooks, is marketed through large bookstores, and the second-named, published by Pilgrim Press, is marketed mainly to academia. The book has been used in dozens of college and university courses in a wide variety of settings-for example, Columbia University, the University of Vermont, the Lutheran School of Theology at Chicago, Georgetown University, and Ouchita Baptist University.

In these books Ashbrook and Albright argue that human beings’ experiences of God involve virtually every part of the brain. In fact, human religious experience necessarily is mediated by the brain and colored by its abilities and limitations. Religious ritual, for example, involves some of the evolutionarily oldest parts of the brain and evokes experiences often inexpressible in language. Emotions occur in the brain as well; religious experience involves many sorts of emotion, which provide motivation for action. The neocortex provides symbolic, logical and wholistic understandings, and its frontal lobes are especially involved in working out purposes and meanings for our lives. Our various religious experiences may provide clues to the nature of Ultimate Reality, or God.

Growing in the Image of God explores several related themes. First is the overarching trend toward self-organization and complexification in natural systems from subatomic particles to cells to the cosmos: various sciences have demonstrated that self-organization requires preconditions combining both order and freedom. Second is the nature of personal and spiritual growth, and its relationship to changes in the internal connectivity of the brain. The assumption is made that personality is influenced by–and influences–neuronal organization; the natural and cultural environments also influence brain and personality, and are influenced by them in turn. Albright proposes that personal and spiritual development are linked with physical self-organization of the brain. Finally, she speculates on the relationship between these proposals and the concept of the Image of God. If human beings reflect the Image of God, then the nature of human spiritual growth may cast light on the nature of Godself.

Albright edited Beginning with the End: God, Science and Wolfhart Pannenberg with Joel Haugen. Wolfhart Pannenberg is the contemporary theologian who has focused most intensely on ways in which God’s final purposes may influence present events. Pannenberg’s work is voluminous, but Beginning with the End focuses in particular on his teleology in relation to religion and science. The book includes salient selections from his work, commentary upon them from scientists, theologians, and philosophers, and the editors’ metacommentary on the issues at stake.

NeuroTheology‘s authors demonstrate various views regarding the interface between neuroscience and theology; they draw upon several religious orientations, including new age speculation. Albright’s chapter provides a continuation and refinement of her work on neuroscience, spiritual growth, and complexity theory, as outlined above.