Singing in the Rain: The Definitive Story of Woodstock at Fifty, by Gerard Plecki.

Foreword by Jorma Kaukonen of the Jefferson Airplane. 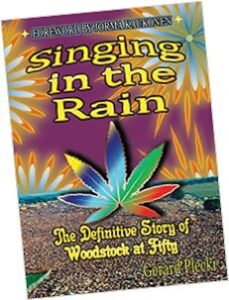 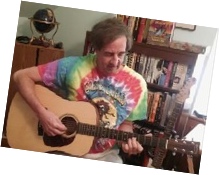 An inside look at the creative energy and seminal performances that shaped this legendary event in 1969. The only publication that reviews every song performed by every musician at the iconic festival.

Plecki will discuss his new book, in conversation with Walter Podrazik, television historian and analyst, and lecturer at the Dept. of Communication, University of Illinois, Chicago. “Wally” is co-author of ten books, including Watching TV: Eight Decades of American Television.

Plecki has written articles on music and film criticism. His previous books include Robert Altman, an authoritative analysis of this unconventional American director’s films, and Test Positive:  Surviving COVID-19 in the Reign of Trump (October 2020), a history of the pandemic in our country.

Plecki will present the inside story of how Woodstock came to be—and how it profoundly impacted politics, music and  society.